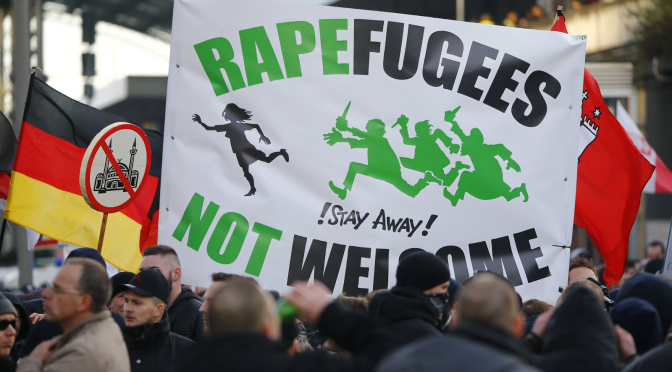 ​Listen up all you ”alt right” people who point at Swedens rape statistics saying Sweden is the no 1 rape country. Let’s talk about the stats and how you guys say Sweden is destroy by a ”rape wave” and in the same time like to spread the myth about women lying about being raped.
Let’s start with the part about women’s false rape accusations. It’s widely spread that about 7-14% of all reported rape cases are false but absurd numbers saying up to 80% of all reported rape cases are false takes it laps around the Internet. The truth is that only 1-1.5% of reported rapes are proven false. The majority of them doesn’t have an named suspect, which is a main reason that they are labeled as false. The typical false reporter of rape is a young girl who says she’s been raped by one or more strangers in a public space. In many of the reported cases that are labels as false there is a suspicion that the victim has been subject to a crime she of some reason doesn’t dare to report. Which means she HAS been victimised in some way, just not raped in the way she reported. (1,2 Swedish sources use Google translate). BRÅ (the Swedish bureau of crime prevention) estimates that there’s about 112 instances of rape being committed in Sweden each day. The majority of these are committed in a relationship but the rapes conducted by an totally unknown or mostly unknown rapist are the ones the victims are most inclined to report, or at least recognise when asked about if they ever been raped. 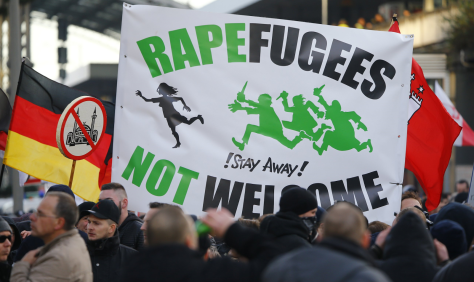 When it comes to Sweden as the country with the most rapes in the world and the idea that this is 100% because of immigration: In Sweden about 30% of the population have roots outside of Sweden (Source SCB, Swedens statistical central bureau.). That means that they are either born outside of Sweden or has one or both parents born outside of Sweden. A little more than half of this group  (approx 16% of the populatiom) are males. And about 7% of the population are men with roots outside of Europe. Statistics show that about 25% of Swedish women have been raped at least once in their life. This means that the 7% non European male population  (including 1 yo boys and very old men) really rapes a lot to keep those figures up. The alternative is that European and Swedish white men also take their share in the statistics raping women…

Well. Puting that aside. 25%, or 1 in every 4 women have been raped at some point in their life. That sounds incredible high right? And it is a lot. But not by far the highest numbers in the world. In India the nubers are twice as high as in Sweden. In South Africa 1 in 3 women reported being raped during the last 12 month. Other numbers suggest around 3600 people being raped in SA _every day_. (4) In Kongo reports suggest that somewhere between 80-90% of women older than 13 has been brutally raped as part of the conflicts in the country where rape is used as a weapon. In USA the rape statistics are about the same as in Sweden. A little more than 1 of 4 women reports being raped during their life and about 1 in 5 female college students will have been raped by the time they finished school.  I could go on. Swedens statistics is due to a lot of reasons. For example; Sweden is one of few countries who sees any form of penetration without consent as rape, regardless the sex of the victim and regardless of what is used for the penetration. We also has the exact same rules regarding rape in a marriage as outside of it. Something a lot of countries doesn’t have and rape or violence in a marriage isn’t considered a criminal offence. We also have an ongoing discussion about rape and sexual assaults making women of today mostly aware about the fact that being groped in a festival public or having someone’s fingers pushed up between the legs in a toilet line is illegal. Things that a lot of other societies  (and a lot of men in Sweden) still sees as something natural women just have to deal with and accept as part of being in public spaces. (3) When it comes to reporting rape we have a bit of different way to put in the reports in the statistics, in Sweden every rape is filed once per occurancie AND once per offender. This means that if I get raped 30 times by my partner and file a report every occurance is one ”dot” in the statistics  (ie 30 cases of rape). If a woman is raped by 4 men the statistics will show 4 cases of group rapes. It’s simply very easy to make the wrong conclusions if statistics are evaluated side by side without deeper understandings. But if we are to compare the statistics right off it is actually a good thing that our level of reporting sexual offense and our wide definition of rape is what it is. Sweden may be sticking out in comparison to other countries but it is not necessary a bad thing.

So, little ”Alt right”:ers, how will it be? Are Sweden the rape capital flooded with a rape wave or do women lie about how often they get assaulted? You know you can’t have both. And in the first case you will have to deal with the fact that Swedish men rape a lot more than you want to think about.