To live ”Inbetween” is nothing new but its not offen talked about in Sweden. Thats why i will start the new year of 2016 to write about this. The ”inbetweenship” is what a lot of us adoptees but also children to immigrants has to deal with.

The inbetweenships is about expectations from the society that we are suppose to be part of a culture people _think_ we belong when they see our exterior (african culture, south american culture etc), but in the meantime we are expected to be fully intergrated with the community we live in. The first part make us exkluded from the second part. We are viewed upon as not belonging in Sweden, that we are not ”real swedes” or that we dont have a given place in Sweden, but since we have lived in Sweden and know only the Swedish culture we dont fit in if we should go back to the country where we have our roots. Going back where we, or our parents, was born we are acting, and are treated, like common turists.

As an adoptee the inbetweenship can become extra  visible. Where immigrants and their children can find support and community with each other the adoptee stands alone. We who are adopted offen grow up in an almost white surroundng, missing out on the chance to interact with people we can mirror ourselves in. The representation in media is also extremley white which gives us few oportunities to find characters in movies, TV or books to relate to. To talkt about this as an adoptee is hard, we are expected to not have an need to see children from around the world on tv, or to be able to fins non stereotypical characters fom the countrys we where born in, in the childrens book we are reading. To talk about such topics, about the fact that you dont feel fully att home in the country is a huge risk to take, one easily get pointed out as whiney, egocentrical and ungrateful for complaining.

If your adopted you should only be grateful to be here, to not feel at home because of the racist society is seen as accusations towards those who has adopted. Because of this a lot of adoptees keep silent about how they feel inbetween cultures. Searching for roots to try to find some kind of belonging is a big step to make for an adoptee. Will the adoptive parents think that the adoptee dont like them any more? What will happen if the biological parents are found? Its not unusal that adoptees searching their roots are called backwards going and silly. ”DNA is not everything”, ”Why is what you have enough?” – Thats how it can sound, or worse. If you on top of this also are chritical to how international adoption is performed, or the fact that a lot of adoptees end up in between cultures, than it can really make people go into a spin of pure hatred that you are not grateful enough. We are supposed to be happy and grateful, anything else is wrong and we have only our self to blame if we are not happy with the way society treats us.

To talk about this ”inbetweenship”, especially for adoptees, is also important if we are going to have an understanding for what happens when adoptees, or other, is trying to find an identity in this society. Lately i have seen people of color who have an secure identity in their culture laugh at and make fun of  adoptees and others who try to find where they belong. They are accused of ”faking it”, trying to seem exposed, or in some cases being accused of not being a victim of racism at all since they are not been growing up in the ”hood”. (The hood in Sweden is suburbs to the bigger cities lika Stockholm and Gothenburg with a high population of immigrants)  This fixation of being from ”the hood” have made people romanticize living in the hood. To be from the hood is seen as a evidence that you are ”racialized for real” and suddenly we who are adopted find ourselves once again out in the cold. Most of us who are adopted are not from the hood, many of us have never lived there, but that does not mean that we dont have to face racism, or that we are not racialized. Besides, ”the hood” is something that excist in one way or another in all cities in Sweden, and I can tell you when i grew up I was jealous of those who grew up in Stockholm for example, because they got something i didnt: Somewhere they belonged.

When people who didnt grew up in the hood, but who are racialized, is trying to mimic cultural expressions created in the hood they are trying to find somewhere they can fit in. its not about trying to fake it. Its about finding a place where you are accepted for who you are, where you can see yourself in the people around you and talk to people who allso know about the racism you meet. Guess if it hurts when this search is met with mockery and exclusion? The inbetweenship make us who are stuck between cultures to walt a thin line all the time. If we seek to much acceptance and community white the white population theres a huge risk of internalisize racism and start turning against other people of color. If we try to reenforce our cultural heritage from the coutry we or our parents was born the risk is instead that we make western mistakes, or get accused of faking our roots. No matter what we do we cant make the right thing and get forced back to living between cultures in the lack of a place to fit in.

By talking more about this we who experience being in between can start finding our own comunity with each other, rather than with those who has the privilige of never having to doubt where they belong. Theres not only problem with the mockery of thos who live between cultures, but also a witch hunt on what is called ”identity politics”(idpol for short). Idpol has an important place in the political discussion, not always but often. Its easy for those wo never have experienced a lack of belonging to say that identity is not important, but for those who has never had the chance to fully belong identity matter, and for all of us (even with a strong identity and belonging) that again and again has to hear that our identity is not good enough for this society identiy gets even more important. Its about reclaiming who we are, to belong and to be able to say ”This is who I am and this is where i belong!” 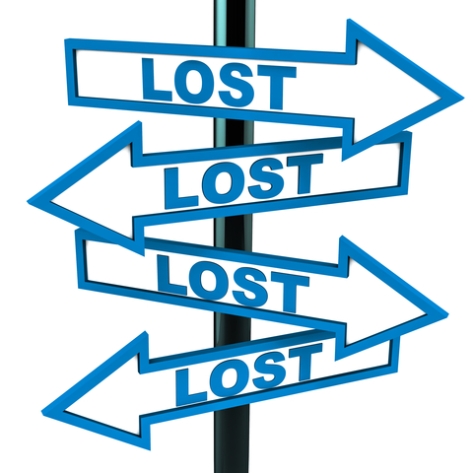 To be inbetween is a constan nagging feeling of being lost. To look for your home but never finding it. Its door being closed in your face over and over againg and in the samte time when you try to talk about it having people telling you its not happening, that this is where you supposed to be. To live inbetween is a long line of contradictions and its not easy to get past, but if we start talking about it some more, maybe a few of us get a chance to find their way.

This site uses Akismet to reduce spam. Learn how your comment data is processed.